The company is forced to procure bamboo from as far as Assam which adds to transportation cost and is unviable.
Apr 28, 2016

Nearly 64-year-old BILT Graphic Paper Product Ltd, popularly known as Ballarpur Paper Mill, is staring at closure following difficulty in procuring raw material which is bamboo. Ironically, it is a provision to ensure local industry gets raw material that is threatening the survival of this unit. This was reported in leading news daily.

Ballarpur Paper Mill Mazdoor Sabha, the workers’ union, claimed that while company’s subsidiary unit at Ashti in Gadchiroli had already closed down, raw material stock at Ballarpur-based plant was enough for just one week, reported the newspaper.

As per the report, a senior officer in BGPPL confirmed the situation and said the company was being forced to procure bamboo from as far as Assam which adds to transportation cost and is unviable. The officer said nearly 650 workers from Ashti plant had already lost their jobs and another 3,000 at Ballarpur may follow them if the plant is shut.

BGPPL has made fresh investment of Rs 1,800 crore in recent years in the seventh unit. The company employs 3000 workers directly and more than 10,000 indirectly. Apart from this, 10-15,000 labourers in Chandrapur and Gadchiroli districts gain direct employment for nearly seven months in a year through bamboo extraction. The paper mill pays higher wages (Rs 70 per bundle of bamboo) than government rate of Rs 25 per bundle.

A company’s official claimed they had approached the forest minister, who directed them to forest secretary. After a few meetings with officers, the department agreed to provide harvested bamboo. However, with only six weeks left for the onset of monsoon, the company officials are sceptical. 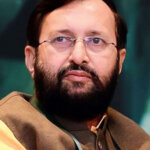 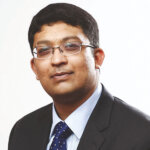