February 12, 2015
The trade dispute with China over the country’s imposition of import duties on dissolving pulp moved ahead another step in early February, as the federal government requested a panel at the World Trade Organization (WTO) to resolve the issue. The Forest Products Association of Canada (FPAC) applauded the federal government for pursuing trade action against China at the World Trade Organization (WTO).
China had imposed anti-dumping duties of up to 23.7 percent on Canadian dissolving pulp in 2013 saying the imports were negatively impacting China’s domestic pulp market. The Chinese duties have resulted in significant loss of market for Canadian dissolving pulp producers including FPAC members and put a chill on future investment.
“It is unfortunate that Canada has been forced to take this step but certainly the Chinese trade action was not in accordance with WTO rules on anti-dumping,” says David Lindsay, the President and CEO of FPAC. “The discriminatory duties on Canadian dissolving pulp have hurt Canadian exports and resulted in a number of investments being cancelled for new production facilities. This impacted jobs and economic opportunity.”
Forest products are Canada’s largest export to China at USD 4.8 billion, and China remains a critical future market. However exports of dissolving pulp to China dropped 20 percent last year to USD 255 million.
“Certainly the forest products industry wants to maintain positive relations with China and build on our existing trading relationship,” says Lindsay. “However it is essential that we all act in accordance with international trade rules and regulations.” 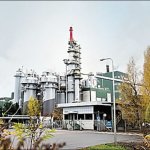 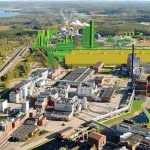