The European paper recycling rate reached an impressive 68.9% as announced by the ERPC (European Recovered Paper Council) in their final monitoring report. The report shows that since 2004 the recycling rate has increased by 10% points due in part to the excellent work of the ERPC.

The 2010 European paper recycling rate of 68.9% is higher than the target set by the European paper industry for the ERPC commitment period of the 2nd European Paper Recycling Declaration 2006-2010. The council is proud to report on impressive work completed, following the pledge it first made in 2000 to increase paper recycling in Europe. In the mean time, a new ambitious commitment for 2011-2015 is being prepared, keeping the industry on its path to meet ambitious targets of recycling paper at a steadily increasing rate in Europe.

For the commitment period of 2006 to 2010, PricewaterhouseCoopers has independently verified the calculation of the recycling rate using the International Standard on assurance Engagements ISAE 3000. In addition to the quantitative progress, a lot of qualitative work was done to establish an eco-design towards improved recyclability and in the area of waste prevention. The past five years gave the ERPC an opportunity to learn how to work better together, growing stronger as a value chain.

The results include pioneering work to give recycling a solid and scientific support, such as the adoption of the deinkability scorecard. The efforts of the ERPC also complement EU policy, for instance the new Waste Directive adopted in 2008. 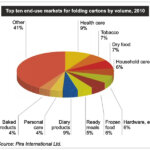 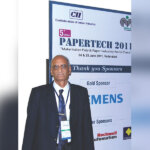