The decision by the EU to lift the ban on waste paper exports to India will provide a helping hand to mills facing a raw material shortage.

The European Union (EU) has withdrawn its ban on exports of waste paper to India, effective from April 1, 2022, as published in news reports. This move will provide relief to the Indian paper industry which is undergoing a shortage of the same.

Waste paper is the primary raw material for recycled paper-based paper mills. Apparently, the EU banned the exports of these cuttings in November last year. However, it was later turned out to be a clerical error. Now, thankfully, the issue has been finally resolved as the EU released a notification on March 31 stating its approval of the export of recovered paper. Meanwhile, the order came into effect on April 1.

The move of allowing the exports will resolve the raw material-related issues of the Indian paper industry which is facing a shortage of paper cuttings, especially after the advent of the COVID-19. Also, the consumption of paper such as writing & printing and newspapers decreased sharply as the world was hit by the pandemic.

Moreover, China had imposed a ban on the import of waste paper among a few other items. The shortage of paper cuttings had more than quadrupled their prices from earlier. Besides, increasing freight costs also further increased the prices of waste papers.

As the imported recovered paper will be made available to the pulp and paper manufacturers, the raw material shortage will be resolved to a certain extent. Nevertheless, to reduce the import dependence of the domestic paper industry, the collection efficiency of waste paper should be improved in the country. 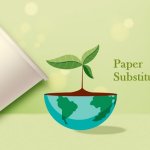 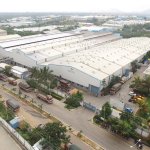