ITC gets clearance for plant from AP Wildlife Board - Papermart
FacebookTwitterLinkedinYoutubeEmailWhatsapp

ITC Paperboards and Specialty Papers Division (PSPD) got clearance for the much-awaited expansion project in Andhra Pradesh. The State Wildlife Board, which met under the chairmanship of chief minister N. Kiran Kumar Reddy, has decided to recommend allotment of 300 hectares for setting up a pulp and paper manufacturing unit by ITC.

The land sought by ITC is in Kistasagar Reserve Forest area in Palvancha division of Khammam district. It thus requires Wildlife Board’s clearance. The company’s existing unit is in the same district at Bhadrachalam.

ITC PSPD proposed to expand its annual capacity from 500,000 tons to one million tons with an estimated investment of about Rs 3,500 crore.

The Khammam district conservator of forests has recommended allotment of land for the project with certain conditions like retention of growth above 90 cm girth of all species and bamboo except eucalyptus and annual payment of 1 per cent of profit after tax or Rs 50 lakh a year.

According to an official press release, ITC would be directed to make a one-time deposit of Rs 8 crore and the interest derived from this capital would be utilised for developing the forests and wildlife in the vicinity of the factory. 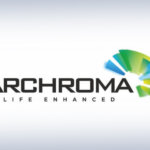