In the growing and competitive market in the packaging segment globally, it has become imperative to enhance the quality of the end product and as a step forward to meet this objective, Kadant Lamort, France have come out with a revolutionary process of continuous detrashing system in pulping of brown grades, that minimizes variations, reduces operating costs and improves detrashing efficiency. The system is in successful operation in a European Paper mill and for the Indian market, Arjun Technologies India Limited jointly with Kadant Lamort of France can supply such systems. The essential components would be imported from Kadant Lamort and the rest manufactured at Arjun’s factory near Chennai, to make it cost effective and affordable to the customers.

Due to the high strength and basis weight of most brown fiber recovered papers, traditional recycling systems use a continuous tub-type repulper to defiber the papers. The efficiency of the defibering drives the adoption of this technology, however, the trash and debris load of these papers is high and side stream batch detrashing systems are commonly used to remove the contamination.

One weakness of the current technology is that the detrashing occurs on a batch basis while everything else in the system runs continuously. Therefore, the cycling of the detrashing system creates process variation, that can be minimized with good controls and system design, but that is still present and ideally would be removed.

Kadant recently developed a new concept in continuous pulper detrashing that also runs continuously. The system is running on the filler ply of a ~350 bdst/d coated board machine and this paper discusses this experience and the opportunities for reduced operating costs and improved detrashing efficiency and system stability that result from this technology.

Brown fiber recycling systems, processing Old Corrugated Containers (OCC), mixed waste papers, and similar types of paper are generally recovered and made into boxboard, linerboard, corrugating medium, and other packaging grades. These grades require very high fiber recovery rates and often have very high trash and contaminant loads as well that interfere with the repulping of these high basis weight, wet strength contaminated, papers. In order to maximize production, tub-type continuous pulpers are generally used due to their very efficient defibering capabilities, and a separate detrashing system is used to remove the gross contamination.

An example of a very common detrashing system is one similar to the image below. The benefit of this system is that both the pulper and the detrashing unit complete the defibering very efficiently. In this system, some undefibered material and contaminants are taken from the pulper and processed in a side stream detrashing unit. Heavy contamination is collected in a trashwell, which is preferred to a junk trap because of its increased efficiency and stable operation without plugging, ahead of the detrasher. The detrashing unit uses a screening stage to clean the pulp to a level comparable with the pulper accepts so the cleaned and detrashed pulp goes forward to augment the pulper production. The detrasher accepts go forward, but once the detrasher inlet chamber is full of built up contamination, defibering and fiber washing stages are used to maximize fiber yield, interrupting the accept flow.

An advantage of this is that the arrangement generally allows for just two reject points – grapple heavies and ragger tail rejects are commonly combined into one bin with the drum screen light rejects in another. Both reject points are generally collected on the ground level for easy removal.

The disadvantage of this system type is the trash builds up in the detrasher and must be purged intermittently. To purge the built-up trash, valves are used to isolate the unit, wash the fiber from the chamber, dump heavies back to the grapple tower, and then push lights up to the drum screen. While this occurs, no contamination is being removed from the pulper tub. There are several commercial approaches to minimize the contaminant build up and cycle disruptions; one is to make the detrashing chamber bigger to allow for longer times between cycles, the other is to make the chamber smaller and cycle the system quicker. Neither is ideal, but the our experience has been that larger chambers are preferred as it significantly reduces the wear and tear on the valves and reduces over-all operating cost.

The other limitation to the adoption of this system is that with each cycle the washing and dumping phases result in a consistency variation in the detrasher accepts and also a noticeable change in pulper level is possible. These impacts can be minimized but it in many systems with small dump chests, significant uncontrolled return flows, and or very low residence time, the variation can be seen throughout the entire recycle plant as it generally impacts fine screen and cleaning systems in particular.

The goal of our Hydraflow Continuous Detrashing System is to make the detrashing system operate continuously, thereby eliminating the valves and process variation of current technology.

Contaminant levels in recycled paper have been growing and many clients have been increasing the amount of detrashing they have installed in order to keep up with production. Many existing recycling systems have space constraints under the pulper that prohibit the installation of larger conventional batch detrashers and alternative pump-to detrashing systems have been developed for these applications. Therefore, it is not uncommon to use a recessed impeller pump, or similar device, to pump the contaminated pulp upstairs to where there is space available to install a conventional batch detrasher. The result of this effort is that these pumps have become fairly common and the construction adopted performs well with acceptable service life too.

With the advent of the pump-to conventional system, it seemed reasonable to Kadant to take this to the next level by using the detrasher feed pump energy to help drive the contaminant removal by extending our Floatpurger™ technology into a continuous detrasher.

The Floatpurger is typically installed in a recycled coarse screen system as a secondary or tertiary screen; it functions as a small pressurized pulper that also concentrates low and high density contaminants for separate reject processing. The center vortex concentrates light rejects, and the raised rotor extraction chamber concentrates the heavies, with the accept quality being controlled by bedplate perforation size.

The Hydraflow Continuous Detrashing System consists of a special heavy duty “floatpurger” with a proprietary recessed impeller feed pump and a washing drum screen to rinse and drain the low density rejects. This system runs along side of a conventional continuous pulper, like the current technology, but it does so without using any control valves or intermittent washing and flushing. The result is reduced maintenance and increasing system stability. The accepted pulp that passes through the continuous detrasher bedplate moves forward in the system thereby increasing pulper residence time and production from the system.

There are several concerns while developing a system to remove contamination, and generally the number one is stable operation (i.e., no plugging) and the second is wear rate of machine components. Knowing the contaminants we see being removed from our conventional Hydrapurge IIx system, our primary concern was that large contamination, sheets of plastic, etc would not pass properly through the pump and detrasher and would intermittently plug the system creating an unacceptable situation. The only way to really know if our Hydraflow concept was possible was to build as system and find out.

Our first system began operation in August 2011 in a ~350 bdst/d coated boxboard plant. This client was using 100% DLK as a raw material and wanted to reduce their furnish cost by migrating to ~30% OCC content and to do so they needed to add detrashing to their pulping system. The pulper had a ragger installed, but it has a very small basement, which was landlocked by a river on one side and earth on the other making installation of a conventional gravity fed detrashing system impossible. The client installed a trashwell to allow the heavy contaminants to settle, a grapple & hoist to remove them, our Hydraflow Trash Pump, Continuous Detrasher, and Washing Drum Screen. Additionally, the space constraints meant that the detrasher and drum screen were going to be installed over 120 ft (~40 m) from the pulper and therefore the heavy rejects are handled separately and can not be returned to the grapple for removal. The pump is located in the pulper basement, and the detrasher and drum screen are located in a small building extension where space was available. Heavy and light rejects are collected in bins from this area and the only valve in the system is for the heavy dump trap (which is unique to this client site).

The client has been running up to 75% AOCC in their system, limited only by the fact that they do not have any lightweight cleaners to remove wax and other contaminants. The system has been producing very clean rejects with no usable fiber loss.

Another benefit we’ve seen is the contaminants being rejected appear to be larger in size than typical of a batch detrasher. We have not been able to quantify the accepts being cleaner than a conventional system, but logic suggests that if the contaminants are larger, then there are fewer small pieces being created that might load up down stream screening and cleaning systems.

Finally, the system operation has been very stable and the client is extremely happy with the operation and wear life of the equipment to date. Given their installation limitations, they did not have a lot of choices and this project has been a very successful one – it has allowed them to use significantly more OCC than they budgeted for, it has low losses, and it runs well with very high reliability and stability. 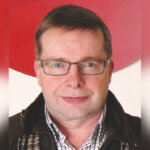 “Typically in Indian paper mills area 1 & 2 is always priority and no. 3 is almost non-existent”