Three major foreign investors poured capital into paper-packaging projects in the second quarter of the year. Existing paper plants, both domestic and foreign invested, have been scaling up their production.

Kan Trakulhoon, president and CEO of SCG, said the expansion aims to increase the production capacity to satisfy the increasingly high market demand in Vietnam. The majority of the demand has been fed by imports. With the total investment capital of VND6.1 trillion, SCG believes VKPC would become the largest paper packaging manufacturer with 90 percent of its output to be consumed in Vietnam.

Prior to that, in March 2015, Lee & Man, a subsidiary of Lee & Man Paper Hong Kong, started construction of a USD 1.2 billion paper and pulp plant in Phu Huu A Industrial Park in Hau Giang province. The plant is expected to become operational in the first phase of the project, capitalized at $350 million, by the end of the year, to churn out 600,000 tons of paper a year.

Meanwhile, Nine Dragons Paper, the Chinese paper manufacturer, which holds 60 percent of stakes in Cheng Yang Company Ltd, announced its plan to relocate machines and equipment from China to Vietnam to help Cheng Yang Vietnam raise its capacity from 100,000 tons per annum to 500,000.

Cao Tien Vi, general director of the Sai Gon Paper JSC, a 100 percent Vietnamese owned, noted that the VKPC production expansion is foreseeable because the manufacturer has completed the first phase of the project and it has been running at full capacity for the last two years.

Vi said when Vietnam joins the ASEAN Economic Community and integrates more deeply into the world, it will receive more and more paper manufacturers from different countries and territories.

However, Vi, the owner of the paper manufacturing company which holds 10 percent of the market share, is not worried about SCG’s expansion. He thinks the expansion is good news, because this would allow Vietnamese companies reduce the imports of alternative materials.

A report from Rong Viet Securities Company shows that there is not much competition in the paper packaging industry. Domestic production can only satisfy 76 percent of domestic demand, which means that the market is still large enough for more manufacturers. While foreign invested enterprises focus on making high-end products, Vietnamese target the lower-cost market segment. 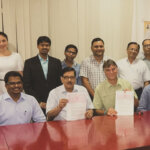 PAPCEL Signs Contract for Reconstruction of Paper Machines for NEPA 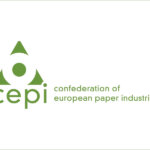 Production of Paper and Board in Europe in Full Transformation: CEPI Reports