In the wake of acute shortage of raw material resulting into diminished operational capacity, the Indian paper industry asked the government to withdraw the import duty on woodlogs/chips and bamboos. Manufacturing paper through imported raw materials doesn’t seem feasible given the high import duty on wood and bamboos currently standing at 9.36 percent and 36.14 percent respectively. As a result, paper industry in India has been operating with just 89 percent of installed capacity despite huge import taking place every year.

In earnest over the raw material scenario, the Indian paper industry has invested over USD 5 billion in the last five years to create an overall production capacity of 12.75 million tonnes. In the financial year 2013-14, total paper production stood at 11.38 million tonnes against consumption of 13.10 million tonnes of consumption. The balance was obtained through import.

At present, the paper industry requires 11 million tonnes of wood and bamboo of which around 75 percent is met through industry driven agro/social forestry and the rest from the government sources and imports.

With no import duty, wood logs/chips and bamboos can be imported from all ASEAN countries which will benefit largely to coastal based paper manufacturing plants. 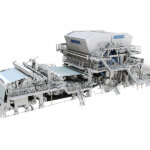 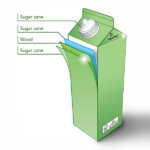