The seedlings developed by SCA can be planted on about 50,000 hectares annually, or an area the size of 100,000 football pitches.

Sweden-based SCA is a responsible forest industry organisation which makes exponential efforts in sustainability – planting around 100 million seedlings at its own forest nursery. These seedlings develop into adult carbon dioxide-absorbing trees and form the forests of the future.

About these efforts, Mr. Thomas Vestman, Nurseries Director, says, “We grow the forests of the future and really good carbon dioxide traps.”

SCA has 18 large greenhouses at its nurseries which contain delicate green little seedlings which are carefully monitored. After growing for a few months, the seedlings become prepared to be planted, which further becomes the start of the next generation of forest. Every year, the Company delivers more than 100 million forest seedlings with about 40 percent for planting on our own land and the rest to other forest owners, as informed by Mr. Vestman.

The seedling production of the organisation is enough for roughly 50,000 hectares a year, or an area the size of 100,000 football pitches. It is also notable that every fourth seedling planted in Sweden comes from SCA.

For every cubic metre of stem wood trees grow, they absorb 1.3 tonnes of carbon dioxide from the atmosphere. Thus, the trees are effective carbon collectors. Depending on the tree species and where trees grow, it takes between 60 and 120 years from one forest generation to the next. At the same time, new trees are constantly being planted that grow quickly and absorb more carbon dioxide. The seedlings are refined with classic plant husbandry. Actually, the seedlings are selected from the very best trees which are cross-bred with each other for several generations.

“In this way, we’ve produced plants that grow quickly and are disease-resistant. They produce forests that grow 25 per cent better than unmanaged forests. This means that they absorb carbon dioxide faster and that we get faster access to more sustainable raw materials,” he added.

Notably, the heating of SCA’s nursery operations has been made fossil-free. The Bogrundet nursery is heated with pellets from SCA’s own sawmill, while the Wifstamon nursery uses district heating from SCA’s pulp mill in Östrand. 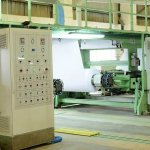