Gulf Cooperation Council (GCC) is a political and economic union involving the six Arab states of the Persian Gulf with many economic and social objectives. Created on May 25, 1981, the 630 million acre (2,500,000 km2) council comprises the Persian Gulf states of Bahrain, Kuwait, Oman, Qatar, Saudi Arabia and the United Arab Emirates. The unified economic agreement between the countries of the Gulf Cooperation Council was signed on November 11, 1981 in Riyadh. These countries are often referred to as The GCC States. Total population in GCC was 37.4 million in 2008 and per capita GDP was 28,200 USD in the same year.
A GCC common market was launched on January 1, 2008. The common market grants national treatment to all GCC firms and citizens in any other GCC country, and in doing so removes all barriers to cross country investment and services trade. Among the stated objectives are:
• formulating similar regulations in various fields such as economy, finance, trade, customs, tourism, legislation, and administration;
• fostering scientific and technical progress in industry, mining, agriculture, water and animal resources;
• establishing scientific research centres;
• setting up joint ventures;
• unified military presence The Peninsula Shield;
• encouraging cooperation of the private sector;
• strengthening ties between their peoples; and
• establishing a common currency by 2010

Country Wise Production Capacity
The total production capacity of GCC in the year 2009-10 was 1,545,000 TPA. Out of which Saudi Arabia contributes the biggest chunk of production with 76% on its side. UAE sweeps the second place with the contribution of 19%. The rest of the countries like Bahrain, Kuwait, and Oman contribute the ant size percentage. At present, Qatar doesn’t have any paper mill in operation but, few projects are said to be in the pipeline.

Grade Wise Production Capacity
If we come to the grade wise segregation the capacities are as such, Tissue (296,500 TPA), Containerboard (1,094,000 TPA), and Carton board (150,000). The chart highlights that the container board enjoys the highest share of the total production capacities installed there with 71%. The other capacities form the rest 29% of the total installation base, tissue (19%) & the carton board (10%) respectively. There are no writing & printing paper mills existing in the GCC region and thus they have to depend on the imports entirely.
Waste Paper Collection

The waste collection scenario in GCC is as such, Kuwait & UAE runs correspondingly with 11%. Saudi Arabia proves to be the biggest share holder with the waste collection of 65%. The other countries like Bahrain, Oman, & Qatar have phenomenally the lesser share with 3%, 5%, & 5% respectively. 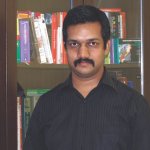 A Potential Banker who Became a Printer 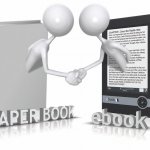