“Government measures for supporting consumers have remained few. According to ILO estimates, the gap between the working hours lost and the equivalent fiscal stimulus required to compensate that in India is about 10% of GDP” – Mr. Harsh Pati Singhania

According to an article published in Financial Express, Mr. Harsh Pati Singhania states that economic activities have bounced back after the big slump during the lockdown, and green shoots of recovery in terms of improved macroeconomic numbers are somewhat visible. There is a growing consensus that GDP will return to expansion mode as early as Q4 of this fiscal and contraction in GDP growth for the full year will be only in single digits.

However, the better-than-expected improvement was mainly through cost-cutting, which was also due to massive fall in wage bill, mainly at smaller firms, down by 22%, vis-à-vis staff costs remaining flat for larger firms. Meanwhile, sales volumes remain tepid. For listed non-financial firms, revenues were down 8% in Q2, while operating profits soared by nearly 50%.

The recovery seen in select sectors was mostly due to pent-up purchases (automobiles, oil refineries, cement, etc), temporary support to indigenous products on account of import restrictions (steel, chemicals and tyres) and increased spending during recent festivals. But this cannot be interpreted as being reflective of the underlying trend in aggregate demand or supply conditions. The services sector, which contributed 78% to overall growth over preceding two years, continues (except IT) to be deeply affected by the pandemic. Even though railway freight movement has normalized, the demand for contact-intensive services like hospitality, construction, real estate, trade and several types of transport is likely to remain subdued for some time.

The issue of sustained demand continues to remain. Producers are increasing output and shipping to dealers, but they remain unsure of retail sales. They are increasing prices to take advantage of the temporary surge in demand as well as rise in price of some inputs, while cutting costs by reducing the wage bill, travel expenses and overheads, etc, and deferring investments.

However, a continued reduction in employment and wage bill can lead to weak demand in the coming months. Private consumption demand, contributing almost three-fifths of our GDP, was slowing even pre-Covid-19. Although the pace of contraction in private spending has slowed to 11% in Q2 from 26% in Q1, we must keep in mind that it is still in contraction mode.

Without sustained recovery of demand, it would not be possible to continue economic recovery. Anecdotal evidence suggests that shoppers have retreated after spending during the festivals. The resurgence of Covid-19 in major cities after the festivals also brought back the fear of disruption. And this apprehension amongst consumers would remain till effective vaccines are available with wide-enough reach. This is apparent in the sharp jump in household financial savings to 21.4% of GDP in Q1 of the current fiscal, up from 7.9% in Q1 last year (2019-20)—postponement of spending driving up precautionary savings.

The weak consumer confidence as noted by RBI would be exacerbated if high inflationary trend is sustained. High prices of fuel, food and healthcare items are constraining consumers’ capacity to spend on discretionary items. Consumer inflation is nearly 7% in the past quarter, and even if it recedes to sub-5% level as expected during the first half of the next fiscal year, it would still be high in a convalescing economy.

The pandemic would essentially mean a loss of two years of growth in consumption. Some estimates, like CRISIL, expect a permanent output loss of 9-10% of GDP. In such a scenario, private investment is unlikely to perk up despite tax breaks and low interest rates, as the full utilization of the existing capacities is still far away. Capacity utilization fell sharply from 69.9% in Q4FY20 to 47.3% in Q1FY21. Although it has improved since then to 62.6% in Q2, but it well below the long-term average of 74%, highlighting significant unutilized capacity either because of supply constraints or lack of demand. It is still not enough to trigger capex as most firms would not be keen on building new capacities now, and would be focused more on deleveraging.

Also Read: Paper Industry Asks for an Increase in Import Duty to 25%

Exports may offer a way out if Covid-19 vaccine becomes available around the world soon and people do not remain sceptical of its effectiveness. There is already a surge in capital flows from safe havens to the emerging markets because of a new sense of optimism. Indian stock markets are booming because of the returning foreign investors, with FPI inflows crossing $20 billion this year, for only the third time in the past 20 years. This may help the investing public feel confident in spending more. This, along with the government’s recent reforms and efforts on ease of doing business, can help companies raise funds and spend more. However, that is a medium- term process and India’s economic recovery needs a robust increase in demand right now. There is a downside too, as too much liquidity would threaten to fuel inflation that is already above RBI’s target (over-tolerance level for the last eight consecutive months).

While producers have been supported by the government through both fiscal and monetary measures, smaller companies continue to face headwinds, either due to supply chain disruptions or relatively higher finance costs. An analysis by CRISIL shows that less than 20% of the smaller 400 companies logged revenue growth, as against 35% of the top 100 companies. Thus, sequencing supply and demand stimuli needs to be acted on urgently, as increasing output is getting stockpiled as inventories and is not translating into actual consumption.

The government’s measures for supporting consumers have remained few. According to ILO estimates, the gap between the working hours lost and the equivalent fiscal stimulus required to compensate that in India is about 10% of GDP. MGNREGA jobs initially took care of the massive reverse migration, with demand up 50% year-on-year to 28 million in the April-November 2020 period. However, as funding has dried up, people are coming back to cities, but are not getting jobs. KPMG has projected a loss of 60 lakh jobs during FY21.

The government’s finances are constrained by welfare commitments and tax relief for businesses. Persistently weak tax collection in a declining economy has not helped matters. Yet the government has no option but to take a calculated fiscal risk in these exceptional circumstances and support consumption. The government’s worries over fiscal deficit should be left behind for now and one must think of funding through more borrowing as the market is awash with liquidity.

The government must leave more money in the hands of the individual. More investments in infrastructure as well as fast-tracking of projects nearing completion can provide a major fillip to creation of jobs and spurring demand. More funds need to be allocated for food processing schemes and incentives for agri-exports. Spending of the agriculture infra fund of Rs 1 lakh crore should be expedited. 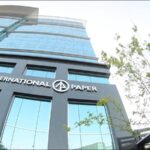 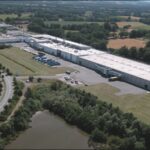